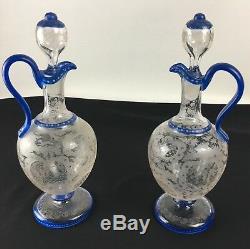 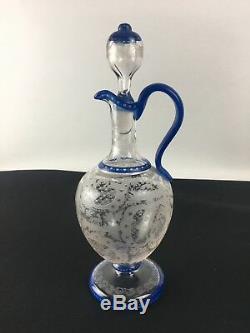 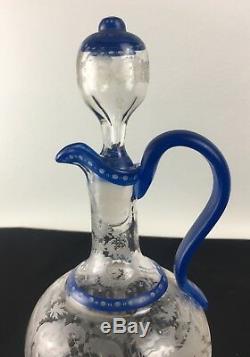 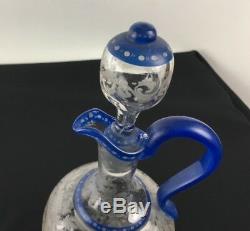 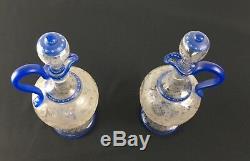 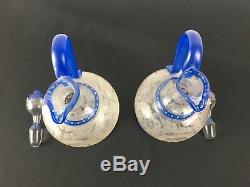 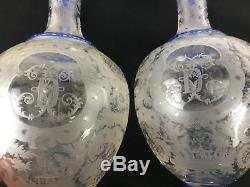 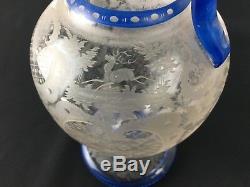 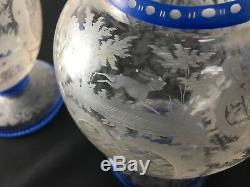 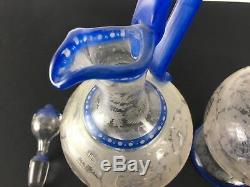 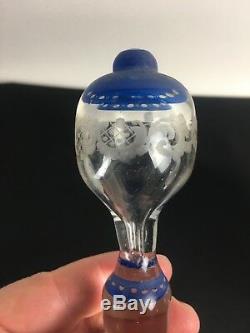 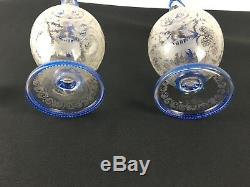 The glass bodies are decorated in'pseudo' intaglio which was done by wheel cutting to the surface. The decanters have a hunt theme with stag and deer in the woods. This theme was influenced by black forest art. The overall shape of the decanters is influenced by 16th century Mannerist era Italian Venetian Murano Glass.

The trim and handle have a beautiful cut to clear blue glass design. The fronts are monogrammed with a D. They are in good condition with no chips or cracks. There is some wear light scratches but no major wear. Please view the pictures to confirm their condition.